Professor Bob Gregory is Emeritus Professor at the School of Government at Victoria University of Wellington.

As tensions in Hong Kong continue to simmer,  the annual vigil to commemorate the victims of the Tiananmen Square protests in 1989 has been cancelled by the Hong Kong Police, who cited social distancing concerns as the reason for the ban.

The prohibition comes a week after Beijing moved to establish new security laws, prompting claims that Hong Kong will lose the autonomy it was assured by the British, when they left the territory back in 1997.

Robert Gregory is Emeritus Professor at Victoria University's School of Government in Wellington. He takes a closer look at the history, and the forces at work behind the current headlines in Hong Kong.

About 10 years ago, early in my time as a visiting professor at a Hong Kong university, I had lunch with a senior Chinese colleague who had been born, raised and educated in Hong Kong. When I asked for her opinion of one of the leading political figures in the jurisdiction she replied, in a critical tone, that he seemed to be ‘very Chinese’.

This surprised me, as to my mind most Hong Kong people, including herself, were Chinese.

I quickly became aware that she meant that this particular politician was ‘pro-Beijing’.

My colleague’s view reflected a widespread attitude among Hong Kong people that they are primarily Hong Kongers, and that the government of the People’s Republic of China (PRC) was not to be trusted to ensure that the Basic Law – the ‘mini-constitution’ under which Hong Kong was ceded back to China from Britain in 1997, with a guarantee of 50 years of semi-autonomous home rule – would survive until 2047.

The Qing Dynasty ceded Hong Kong Island and Kowloon across the harbour to the British, after China had lost the Opium Wars in the 19th century.

In 1898 it also ceded to Britain the New Territories to the north of Kowloon, on a 99-year lease.

So Hong Kong, as it became collectively known, inherited from Britain the rule of law, an independent judiciary and some democratic principles - such as freedom of association, and independent news media – but at no stage before the handover did the residents of Hong Kong enjoy the full trappings of liberal democracy. 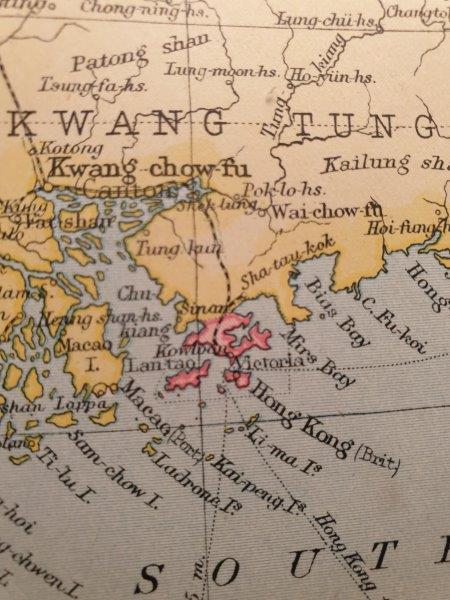 Hong Kong's future is tied closely to its colonial past

The Basic Law was negotiated, in the years leading up to the handover, by  Britain, China and Hong Kong, with strong advocacy from the colony’s last governor , Christopher Patten, for greater democracy than had ever been granted by the colonising power.

Some have seen Patten’s push as having made Beijing particularly nervous, by raising the political expectations of many Hong Kongers.

The Basic Law established the principle of ‘One Country, Two Systems’, under which Hong Kong (like Macau) is a Special Administrative Region (SAR) of China.

As it currently stands, the Basic Law largely protects the civil liberties of Hong Kong people, allows the LegCo to pass laws, and promises ‘as an eventual goal’ progressive democratization for the people of the SAR, including  universal suffrage in the election of the Hong Kong government’s chief executive

The chief executive is currently elected by a 1,200-member Hong Kong committee, dominated by pro-Beijing members.

However, this democratic commitment sits uneasily with the fact that responsibility for foreign relations and defence rests with the central government in Beijing.

In short, Hong Kong is in a political half-way house, a nation of mainly Cantonese origin, speaking the Cantonese language, in a neo-liberal political economy, yet existing under the sovereignty of Mandarin China controlled by the Chinese Communist Party.

Pro-democracy groups express the political frustrations of mainly but by no means exclusively younger people, who cannot afford to rent, let alone buy, decent accommodation in an inordinately expensive property market, and who exist at the lower end of rising wealth and income inequality, with uncertain employment prospects, and a barely adequate social welfare system.

For its part, China has benefited hugely from Hong Kong’s status as an important international financial and trading hub and a  conduit for enormous foreign investment in China, providing a bridge between a closed one-party political system, on the one hand, and Western liberal democracies, on the other.

It fears that greater democratisation in Hong Kong could exacerbate similar discontent in the ‘mainland’.

Beijing does not look kindly on an annual symbol of this tension – the candle-light vigil held on June 4th each year in Hong Kong, attended by many thousands of people to remember the violent suppression of protesters in Tiananmen Square on that date in 1989. (

The vigil has been cancelled this year, ostensibly because of Covid-19, though it was not cancelled during the SARS crisis in 2003-2004. The tensions peaked in 2003, when the Hong Kong government sought to introduce a national security law, as it was obligated to do under Article 23 of the Basic Law, but which many Hong Kongers saw as a threat to the jurisdiction’s autonomy.

A massive protest movement, foreshadowing what occurred again about 10 years later, was a major factor in the resignation in 2005 of Hong Kong’s first chief executive after the handover, Tung Chee-hwa.

This episode further fomented suspicions among Hong Kongers that, so long as the Hong Kong government acted at the behest of Beijing, Hong Kong's autonomy would increasingly be threatened.

Participants were angry at China’s stipulation that, even if democratically elected, any chief executive who was unsupportive of the central government would not be acceptable to Beijing.

This was followed in 2019 by a resurgence of increasingly violent political protesting, in the face of the Hong Kong government’s intention (later dropped) to introduce a law which would have enabled the extradition to China of people accused of ‘security’ breaches.

In November 2019, district council elections saw a huge swing of support for pro-democracy candidates, no doubt exacerbating Beijing’s concerns, especially as a full LegCo election is scheduled for September 2020.

In the face of these developments, the pro-Beijing majority in the LegCo this year passed a law making it a criminal offence to ridicule China’s national anthem, while China unilaterally passed in principle a law which would allow central government security agencies to operate directly in Hong Kong, alongside the People’s Liberation Army’s low profile garrison in the city.

Many in Hong Kong now believe that these moves herald the end of the Basic Law, though China claims that it remains committed to it.

Beijing itself has to strike a balance between its security imperatives, as it sees them, and its sensitivity to strong criticism from the international community.

During my sojourn in Hong Kong several students in my graduate classes were members of the widely respected Hong Kong Police.

Over the past few years that respect has been eroded by accusations that the police themselves have effectively become agents of Beijing, and have been too heavy-handed in their dealings with protestors.

As Hong Kong people, my police graduate students may today find themselves in a difficult position. I wonder whether their official duties now align with their private sentiments, and to what extent, if at all, they feel themselves increasingly to be agents of a ‘foreign’ power, China.

Such are the tensions – communal, professional and personal – that now beset Hong Kong.

There is no end in sight for this conflict, which seems destined to become even more intense.

Many Hong Kongers and ex-pat residents have in recent months departed, or are considering doing so, just as many left before the 1997 handover.

For its part, Beijing will likely resort to more forceful suppression of dissent in Hong Kong, so it is hard to see the pro-democracy movement achieving its aims in the foreseeable future.