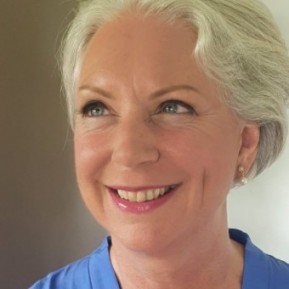 The term ‘Helper,’ isn’t well known outside South East Asia or the Middle East. However, in Singapore, it conjures up the image of a female live-in worker who undertakes all domestic duties and looks after the family’s children and elderly relatives.

There are almost 254,000 helpers in Singapore, predominantly from Indonesia and the Philippines, and around one in every five families has one. 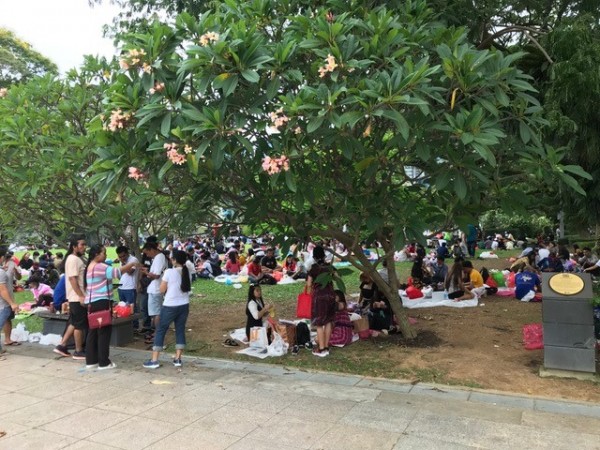 Sunday: a day off - foreign migrant (men) and migrant domestic workers (women) from Myanmar picnic on The Padang in Singapore.

By relieving women of their domestic responsibilities, helpers enable them to enter or re-enter the job market. In so doing, a study estimated that helpers contributed US$ 8.2 billion to Singapore’s economy in 2018 alone. 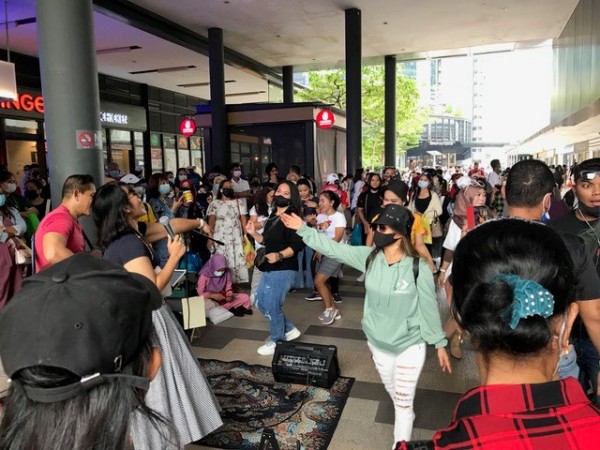 She’s Indonesian and was 19 when she took her first job as an MDW.

She’s worked in Hong Kong and this is her fourth posting to Singapore. Her mother was also a helper. Ana’s here to support her daughter at home and to replenish her own depleted savings.

Our helper, Ana, with her 6-year-old daughter in Indonesia in 2022. (Courtesy Nurjanah ‘Ana’).

For Jane Iyre, Founder and CEO of the award-winning Janes’s SG Tours, her helper, Ana Liza, is crucial. “I could not run my business without her. She’s not exactly a member of the family but pretty close and I rely on her for all domestic duties.” 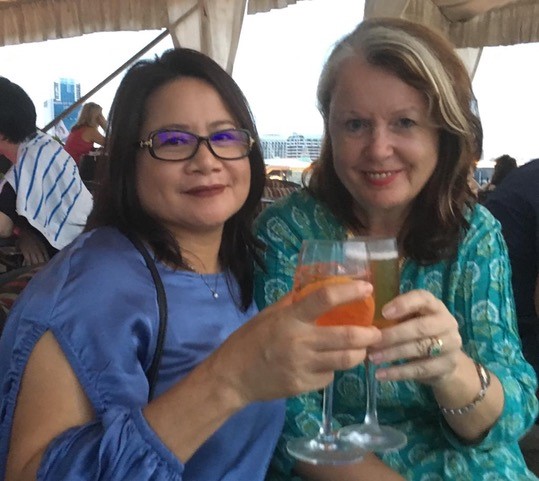 Owner of Wine to Share, Cherie, says she could do her job without a helper but adds, “I think my mental health would suffer."

"We didn’t have a helper for three months and after two weeks we were burnt out and that was with children who could help. I had to delegate a lot of my events planning and ordering so I could be at home when my son returned from school.”

Whilst most employers respect their helpers, abuse and exploitation do exist.

MDWs are excluded from the Employment Act. Instead, they are covered by Singapore's less stringent Employment of Foreign Manpower Act which says that employers shall provide ‘adequate’ rest, ‘adequate’ food and ‘acceptable’ accommodation.

It does not specify the maximum number of working hours or the minimum wage.

Since January 2013, helpers have had the right to one day off a week, but some employers split this 24-hour period into smaller units, so the MDW must make breakfast before going out and return to make dinner.

Lack of food or appropriate food is a major problem. Some helpers share a bedroom with the children or an elderly person so they have no privacy and are on 24-hour call.

Sometimes helper’s rooms don’t have locks making them vulnerable to sexual exploitation. Some employers withhold pay or make deductions. Thirty-three percent of helpers in one survey had been subjected to verbal, physical, or sexual abuse.

These abuses embarrass the Ministry of Manpower which aims to stop them from being hidden behind closed doors.

Aidha’s mission is ‘to empower and provide opportunities for foreign domestic workers and lower-income women to transform their lives through sustainable wealth creation.’ This addresses the reason why these women leave their homes and families.

In the Farsight investigation into Modern Slavery in East Asia (2016), 4,189 prospective, current, and former helpers were interviewed.

As expected, most were from Indonesia and the Philippines. Ninety-seven percent of prospective helpers said that supporting their family was an ‘important’ or ‘extremely important’ reason for leaving. The ‘push’ factors included: -

Hence many applicants, some well under Singapore’s minimum age of 23, decide, (or are coerced), to become a helper.

Most believe they will migrate for 2-5 years, save some money and return home to their families “on a cushion of wealth.”

However, applicants often get into debt when the required middlemen and recruitment agencies become involved and it takes an average of four months to repay them. Further debts can be incurred if subsequent contracts are made.

Additionally, helpers are the family breadwinners, supporting an average of four people.

They typically send 50 percent of their salary back home and their families become accustomed to their increased standard of living.

When they return home, helpers are generally expected to pay for most items, depleting what they had managed to save.

In this region, helpers are exploited from recruitment onwards.

Singapore contributes to this, but it also offers a solution, education and training. Charities and NGOs like Aidha, HOME, and FAST offer free and subsidised courses in practical subjects like childcare, baking, make-up, starting a business, English, IT and managing your money.

They can empower the helpers to say ‘no’ to demands for money and teach them to save for their own futures. Forty percent of Aidha alumni go on to set up their own businesses in their home countries.

Its research has shown that for every student at Aidha, an average of nine lives are impacted.

By enabling helpers to keep and invest their earnings in their own businesses, an exploitative system can be transformed into one that eventually empowers.