Thomas Heaton is a journalist usually based in the Nepali capital, Kathmandu.

Nepal’s first COVID-19 case was confirmed in January, but the country locked down just a day before New Zealand. With more than 17,000 cases, dissatisfied and disenfranchised youth came together and captured the entire country’s attention—achieving a tangible change.

Thomas Heaton reports on the current situation in Nepal,

Following country-wide demonstrations and 12 days’ hunger-striking against the Nepal government’s reaction to the COVID-19 pandemic, the signing of an agreement to demands initially gave hope to a youth movement dubbed "Enough is Enough".

But the group has now resumed its push for change, as not enough tangible action has been taken by authorities to address the 12-point dossier’s demands.

"Enough is Enough" formed in June, and hundreds of thousands of supporters signed an agreement with Nepal’s Ministry of Population and Health on July 6, which addressed their demands for medical reform.

These demands ranged from ceasing to use rapid diagnostic tests (RDTs) for COVID-19 ,to providing dignified quarantine facilities for repatriating nationals and ensuring proper contact-tracing.

The country was locked down a day before New Zealand entered level four restrictions, but the government response has since been lacking in the eyes of  "Enough is Enough" and its supporter's movement.

The movement captured the attention of the country’s youth following its first demonstration on June 9, which started peacefully but ended with police baton-charges and water cannons used to dispel demonstrators.

Within two weeks of the demonstration, the group’s Facebook page’s membership reached 200,000, said Rabik Upadhayay, one of its original members.

Upadhayay, a professional photographer, said the group was an apolitical entity with the sole intention of ensuring the government addresses the pandemic properly.

Initially, one of the biggest issues for him, and other members of the group, regarded an apparent misappropriation of funds meant for the acquisition of COVID-19 related medical supplies.

The health minister and several senior advisers in Prime Minister Khadga Prasad Sharma Oli’s inner circle were accused of taking kickbacks while purchasing Chinese personal protective equipment and other equipment, resulting in delays and the eventual delivery of testing machines that did not even work.

“People were mostly angry because it’s a very crazy time to syphon off the money meant for the people,” said Upadhayay, adding that the scandal prompted the group’s first public demonstration.

The ensuing violent reaction from police only fueled solidarity for "Enough is Enough", which was bolstered by additional support from lawyers, civil servants, and medical professionals. 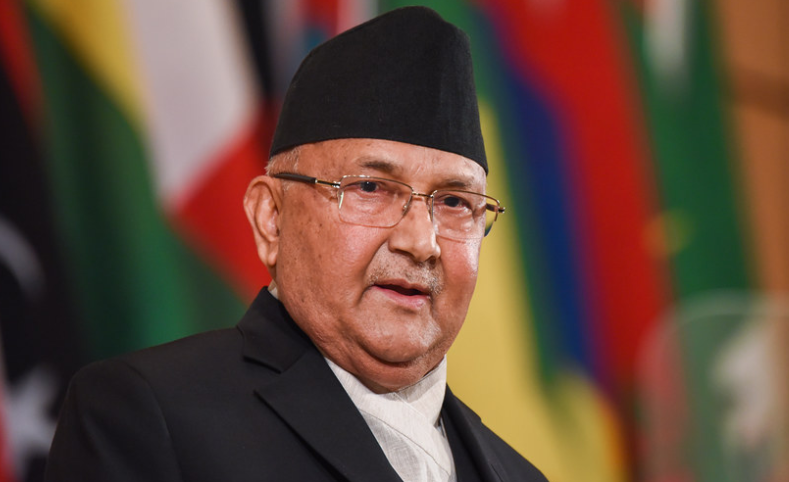 The government’s initial response to the pandemic was to lock the country of 28 million down, both internally and at the borders.

There were also reports of spiking suicide rates and the gang-rape of one woman in quarantine, and wide-spread economic fallout.

Simultaneously, the ruling National Communist Party has also been dealing with in-fighting, causing members of the group to express concern that this distraction would be to the detriment of the national pandemic response.

Case numbers have risen across the country’s seven provinces - there are now more than 17,800 cases and 40 dead— but government inaction has resulted in leaders among the movement going on hunger-strike.

After 12 days of abstaining from both water and food, Nepal’s Ministry of Population and Health signed an agreement with the protestors.

After the signing, Rabik Upadhayay said the agreement did not necessarily mean things would get better, but it was a validation of the demands being made.

“Our government is notorious in promising and not being sincere in the implementation part of it all,” he said. While some factors could be addressed straight away, such as no longer using the unreliable RDTs, other changes would take longer to initiate.

However, as progress was monitored and found to be lacking, the group restarted its protests.

“Since the government is dilly-dallying with the implementation part, and doesn’t show any serious intent, Iih [another founding member] and a few others have started Satyagraha again,”  Upadhayay said on Monday.

While demonstrators took turns hunger-striking, founding member Lih is on an indefinite strike.

“There are a few points that the Ministry has addressed. In a press conference, they announced that they would have compulsory PCR tests for people coming from abroad. So, in that regard, they have achieved one point,” he said.

But announcements were never the problem, it was putting them into action,

“It’s similar to any disaster that has hit this nation,” said Upadhayay.

Kunda Dixit, editor of English language newspaper Nepali Times, said while this youth movement has been unique, and has done well to capture the government’s attention, there is always a risk of hollow promises being made.

Dixit questioned what might happen in the time following the signing of the agreement between protestors and the Ministry.

For change to happen, and for the wishes of the movement to be fulfilled, those involved would have to remain vigilant.

Historically-speaking, a highly-respect medical education reform advocate, Dr Govinda KC has gone on hunger-strike 16 times to have his demands addressed.

The signing of those agreements was often “just to buy time”, said Dixit.

“The whole question is that there are so many other things happening, is that I think the government is hoping that people will get distracted by the lockdown, by the economic crisis, about losing their jobs and everything else,” Dixit said.

While the demonstrations made headlines, they did not capture the government’s attention; hunger-strikes, however, are something politicians are very wary of, said Dixit.

“Suppose they died, they probably wouldn’t have been able to control the streets because there would be anger and a focus to the anger,” said Dixit.

The government’s slow implementation and “dallying” was frustrating and only going to make the movement stronger, said Upadhayay.

“Not only inside the group but outside; youth are frustrated because they feel deceived by political tricks,” said Upadhayay. “The government has signed this piece of paper, our demands, it validated their legitimacy.”

While the group continued to exert pressure on the Ministry and Government, it appears COVID testing by authorities has decreased.

Tests last week fell from about 700 each day to less than 200, which Upadhayay believed followed US President Donald Trump’s theory of lower testing to show fewer cases.

Rabik Upadhayay predicts there will be “a huge uproar” around the country if demands remained unaddressed. Journalist Dixit said young Nepalis had “always been involved as the vanguard of protests”.

Youth movements and protests have led to major change in the country, such as the Democracy Movement of 1990.

“But this is completely different… the difference here is that these people are not tied to a political party, and they seem to be younger,” said Dixit.

“And they are mobilised through social media, which makes them very effective in organising in this kind of organic, leaderless, kind of spontaneous movement. In a way, it’s similar to the Arab Spring and the way it came about in Tunisia.”

“It’s kind of overwhelming in a way because we are raising the issue for the entire nation,” he said. “We are happy that it happened, but the biggest achievement—personally speaking—is knowing that people on the ground are actually starting to ask questions. It feels like we have given the people some sort of hope.”

Nepal’s coronavirus crisis looks likely to worsen in the coming days and weeks, as the country reopens and allows in more migrant returnees, the infection rate seems sure to rise.

As the health crisis worsens, the "Enough is Enough" organisers are very likely to find themselves back on the streets of Kathmandu.