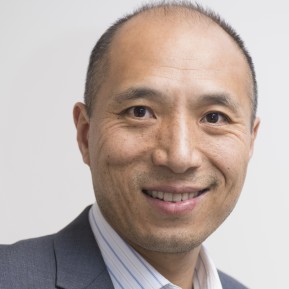 The US-China trade war has hit the global news headlines tirelessly over the last two years, and the COVID-19 pandemic has further accelerated tensions between the two nations, as the debate rages around the origin, spread, and responsibilities of governments for fighting the virus.

Hongzhi Gao from Victoria University of Wellington , and Macquarie University's Monica Ren have been talking to businesses on both sides of the Tasman about the impact of the trade war and the opportunities it throws up in a time of COVID-19.

Tensions between China and the US have only increased following the recent decision by Washington to further restrict any company from trading with the Chinese communications giant Huawei, if they use US-generated technology and equipment.

While other nations, including New Zealand, may have seen some positive spill-over benefits from the dispute benefiting some suppliers here, the negative economic impact from the  escalating trade war has also hit many sectors.

A very recent example is the decision by China to impose hefty import tariffs on Australian barley imports, worth more than $600 million last year.

Licences to four Australian meat exporters supplying to China have also been suspended, in a move widely seen as punishment for Canberra's support for the US call for an international inquiry into the spread of the coronavirus.

Wine sellers, abalone farmers and other grain producers across the Tasman are watching closely, fearing more tariffs to come.

Indeed the Chinese government has now warned Australia to "distance" itself from the US amid growing tensions between the two countries, saying it would be "extremely dangerous" for Canberra to become involved. Political risk is one of the most critical, sometimes deadly, risks in international business, and a golden principle in managing that risk has been a distancing or “lying low” approach.

It's easy to say, but hard to do, especially at a time when the US-China trade war meets the global COVID-19 pandemic crisis.

Global businesses, investors, and managers are closely monitoring the development of the conflict, and weighing up their most viable options for responding to the unavoidable disruption to their businesses.

To understand the impact of the trade war on Australian and New Zealand exporters, a research team comprising Associate Professor Hongzhi Gao, and researcher Ivy Guo from Victoria University of Wellington and Dr Monica Ren from Macquarie University, conducted interviews with sixteen managers from Australia, New Zealand, Germany and China between October and December 2019, looking at the impact of the trade war on exporters.

Key questions explored in the study included: (1) how managers perceive the US-China trade tensions and (2) how their perceptions influence their decisions in export market selection and international sourcing in the short term or long-term.

While the research is still progressing, some preliminary findings have been released. .

“The US-China trade war has its own economic rationale, and reflects an ongoing trend of trade protectionism to counter the trade imbalance.”

One group of research informants have clearly expressed this view, pointing out strongly that the trade war is a reflection of protectionist trade policies which have gathered momentum in recent years.

In 2017 US President Donald Trump ran on a campaign platform putting " America First" , and blaming the trade imbalance with China for many of his country's economic woes.

The ongoing trade war between the two nations further amplifies the rise of protectionist policy movements globally, and some managers put that down in part to the inefficiency of the WTO in resolving many trade disputes between nations.

But the flow-on effect of the US-China trade war continues to be deep and contagious, and many businesses see the protectionist mindset gaining more support among policy makers around the world. As many businesses regard a rising protectionism as a symptom of a wider trend towards whats been dubbed “de-globalisation”, they have concentrated on their home markets and selectively explored new overseas markets where they see fewer protectionist attitudes, or where they have an opportunity to leverage their particular favourable country-of-origin image.

One Australian food and beverage sector manager told us :“I think it’s started as political. And now it's all about protection of things."

"What worries me is the flow-on effect, because if you have a protective mindset then you are probably going to look at applying that to all markets.”

On this side of the Tasman , a manager from a manufacturing enterprise from also warned of a spreading protectionist stance:

“The trade war appeared to be just between the US and China, but overall the US is becoming more protectionist in terms of importing from elsewhere…. As the US has  become a little more protectionist, the companies from the US feel a little bit more like, when they go to Europe, they might face more barriers because this is what the government of the US is doing”

“We adjusted our market for our products to be sold exclusively in Australia, and we are building towards a solid Australian brand. Then, we will consider moving towards overseas markets again.”  said  a manager from an Australia-based health product company.

Another Kiwi business manager who works in specialised equipment manufacture  pointed out the trade conflict can have some unexpected up-sides for some companies.

“We opened our business in the UK in 2015…it's only in the last 18 months we have put a lot of effort into going into Europe properly… for example, our product is available in Spanish, so Spain was very much a big target.”

“There is the correlation between the US companies coming out of Europe and focusing more on their home markets as opportunities begin growing for them as a local manufacturer.

"What we did notice was that some of the manufacturers from the US that previously were selling into Europe had a lesser presence there, because there was more activity in their home markets.

"We have seen less competition from the Chinese in Europe; as these Chinese competitors have been hit hard by the US tariffs too … So there are more opportunities for us in Europe.”

Researching business opinion has shown that while the trade war presents unprecedented protectionist challenges to firms selling to the global market, some have become more home-market focused, while some continued to see opportunities in new markets.

Researchers found that those companies who were in an expansive mode have taken advantage of their industry networks (internationally) to secure new customers in the countries who hold a favourable view of Australia and New Zealand, at a time of high international political tensions.

But it seems those opportunities will only be presented to those who develop dynamic marketing capabilities, and are willing to sense and act on the changes to market dynamics being prompted by a bitter trade war between the world’s two largest economies.

This is part one of a three-part series looking at the latest analysis of business perceptions regarding the current US-China trade war.