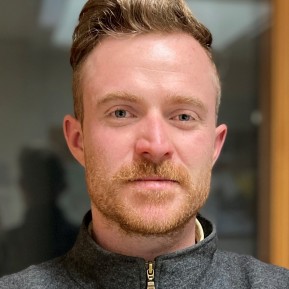 Jack Marshall is the arts and culture reporter at the Gisborne Herald, with a keen interest in Indian politics and history.

Years of travel have taught me that a month with a good friend on a tour bus can never compete with making friends in foreign countries.

I found my good friend Naveen Godiyal far in the northern mountains of India.

I called him last week to hear how rural India is coping with the pandemic. It's not good. Schools are close to collapse, students haven’t been to school in almost two years and money is scarce.

The India I remember is gone.

Despite the distance, India’s Himalaya region has more in common with Kerikeri than it does Kolkata.

The quiet towns, relaxed rural souls and sleeping mountains of northern India’s Uttarakhand state were a balm after the washing machine cycle that is Mumbai.

In 2016 I boarded a train in Mumbai – what many, even in airport terminals, call Bombay – and spent three days in a carriage, bus and four-wheel-drive jeep until I took my first step in Barkot city, 4000 feet above sea level, population 15,000.

Nestled in the mountains, Barkot overlooks the often timid, sometimes torrential Yamuna river, the main tributary of The Ganges, the holiest river of Hinduism. 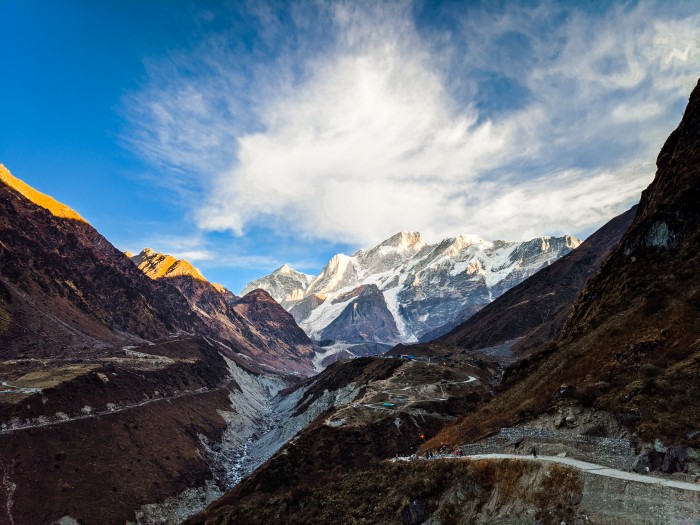 With my feet off the bus and the holy river flowing below, I sat on the side of the road in my t-shirt and jeans, sipping chai tea while watching a lame cow eat tomatoes from a crate. As I watched the happy cow, a man parked up beside me on his motorbike with a smile wrapped around his face.

“Welcome to the Himalayas! Did you bring some warm clothes?”

I hadn’t. Three days ago it was 40 degrees in Mumbai. In Barkot it was basically winter.

It is worth noting: India is enormous. The weather in Hyderabad stays in Hyderabad as far as the Himalayas are concerned.

The man on the motorbike was Naveen, an English teacher, my host for a month and future friend.

After buying a rather nice lime milkshake-coloured hoodie, I sat on the back of his motorbike and leaned with the corners as we sped down a single lane road carved into a cliff face, to a village called Kharadi, population 300, where I would teach English for a month.

No longer do foreigners sit on the side of the road sipping chai and get on strangers motorbikes. Covid-19 has crippled India, especially in the mountains where the chances of remote learning and work are an impossibility with sparse internet and little technology.

“It has been almost one and a half years since students studied in a regular way,” said Naveen. “The students have suffered immensely,”

Around 40,000 Covid-19 cases were reported per day last week in India, which is a success compared with the daily cases in May, whenthe figure was in excess of 400,000 per day.

“Students have not been able to get their education because schools have been closed. 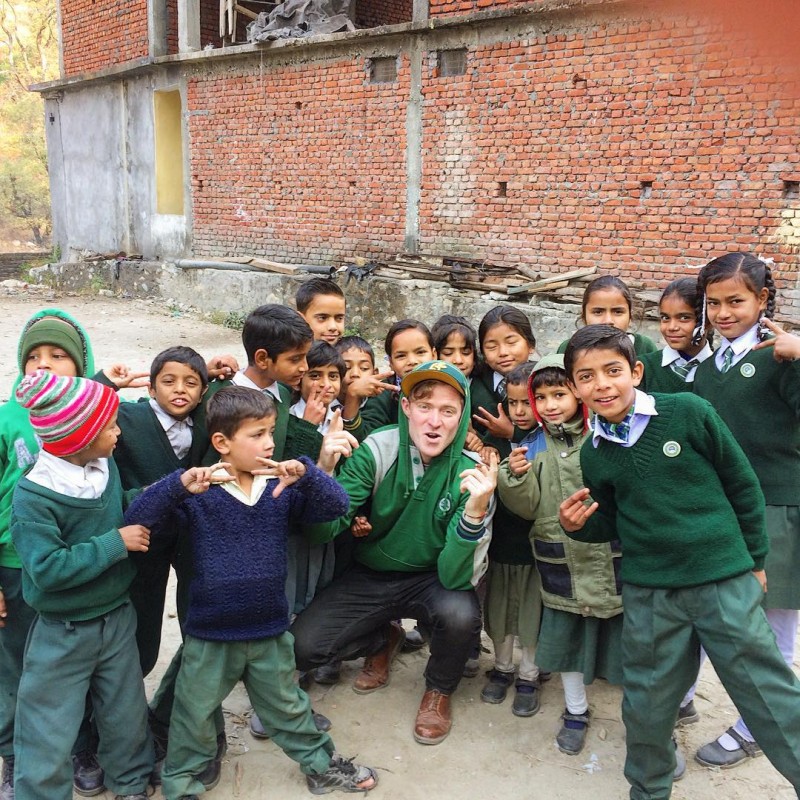 The government did introduce some changes to get students learning online, but those changes are ineffective in the mountainous region where most students don’t have access to smartphones.

“And even if they did, they are not well aware of the technology and how to use it.

“There are many factors which make it difficult for the students to carry on these studies with any semblance of normality.”

With the schools closed, the thread that holds India’s fragile patchwork of private and public schools is almost falling apart.

“Schools have not been able to pay salaries to their teachers and are on the verge of collapse,” said Naveen.

“Because their only source of income is from educating children and they get tuition fees. 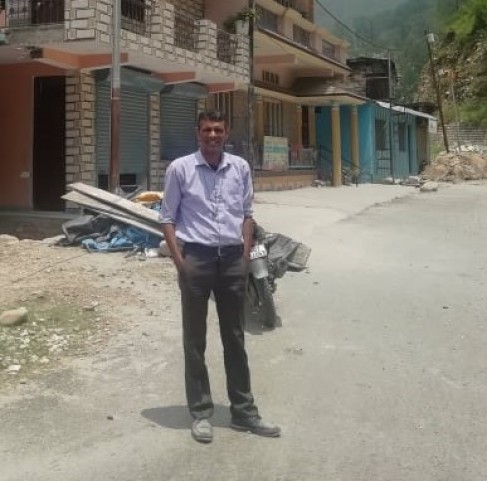 The private schools in rural Uttarakhand should not be thought of as wealthy. Both the private and public school’s most advanced pieces of teaching technology were chalkboards.

And that lack of physical assets is precisely one of the reasons Naveen started a social enterprise bringing tourists to the mountains to teach in the region’s villages.

“It consists of trying to implement and develop programmes for the benefit of the local community.

“For the moment, we are focused on education because education in this region is not evenly distributed in quality, especially when you compare education in comparison to bigger cities.”

The people in and around Barkot are generally agricultural workers who grow food that goes into their mouths.

“Here in the mountainous region, the students don’t have access to great learning resources, and their financial situation is not in such a way that they can afford to devote a lot of money towards education."

“So I work with local schools and try to bring people from different parts of the world and address the problem.” 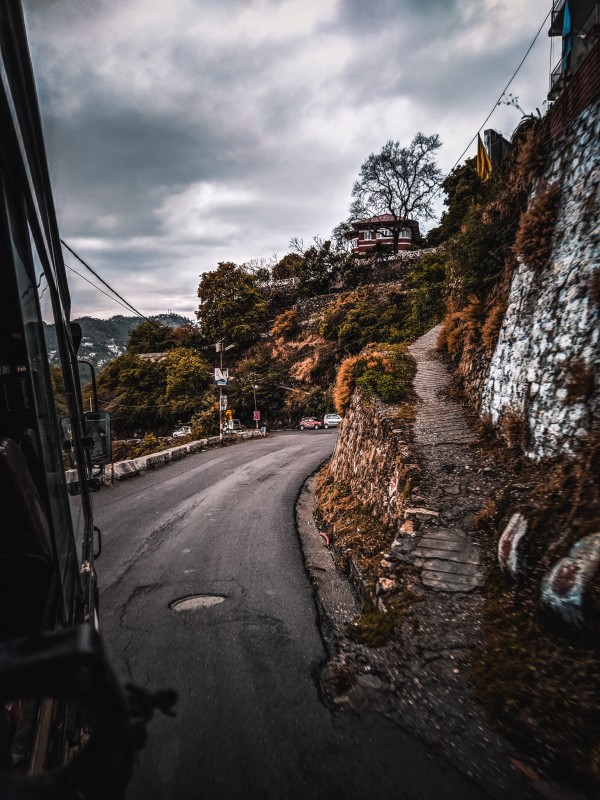 Naveen always struck me as a progressive outlier, passionate about sharing the things he’s learned in life and sharing them with the next generation.

“For me, education is not limited to bookish learning. It’s also about human interaction. So when people come here, they not only bring language but they bring culture too.

“We have been running a volunteer teaching programme with foreigners coming here to teach English for the past four years.

“Unfortunately, Covid-19 has put a halt to this.”

Although he has lived most of his life in the mountains, he was brought up in Rajasthan’s capital Jaipur, surrounded by castle topped mountains with palaces carved into the rock.

“My father was working for a government agency, so I had opportunities to work and get educated while I was there.

“I was highly passionate about English. I always knew that the language opens up doors and opportunities on both a national level and international level.” 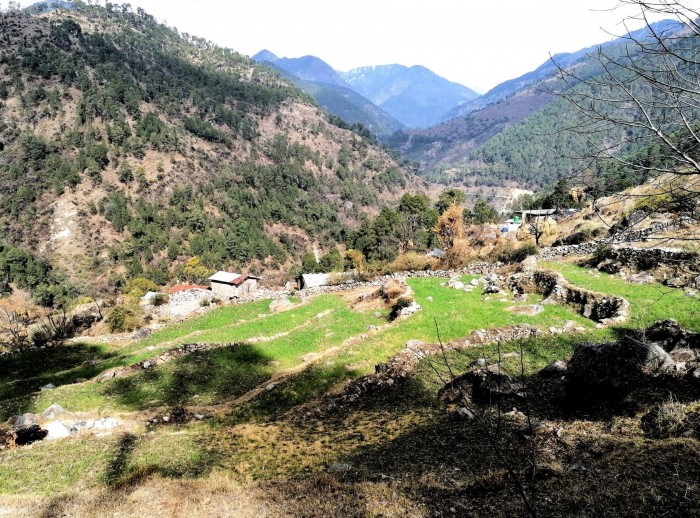 But since Covid-19, the tourists have stopped visiting and the school’s stopped teaching.

“I love to impart knowledge to the people. I love to share what I’ve experienced with other people.

Hope is the best he can bet on because, as Naveen tells me, it is hard to sustain a family as a teacher when schools are closed.