Māori culture is unique to New Zealand, and forms a distinct part of our national identity. But you might be surprised by the similarities between some aspects of Māori and Asian cultures.

Japan was seen as the country that shared the most culturally similar views and values to Māori, followed by China, the Philippines, Indonesia and Taiwan.

Here are just some of the concepts that Māori and Asian cultures are perceived as having in common and some examples of similar practices in each culture. 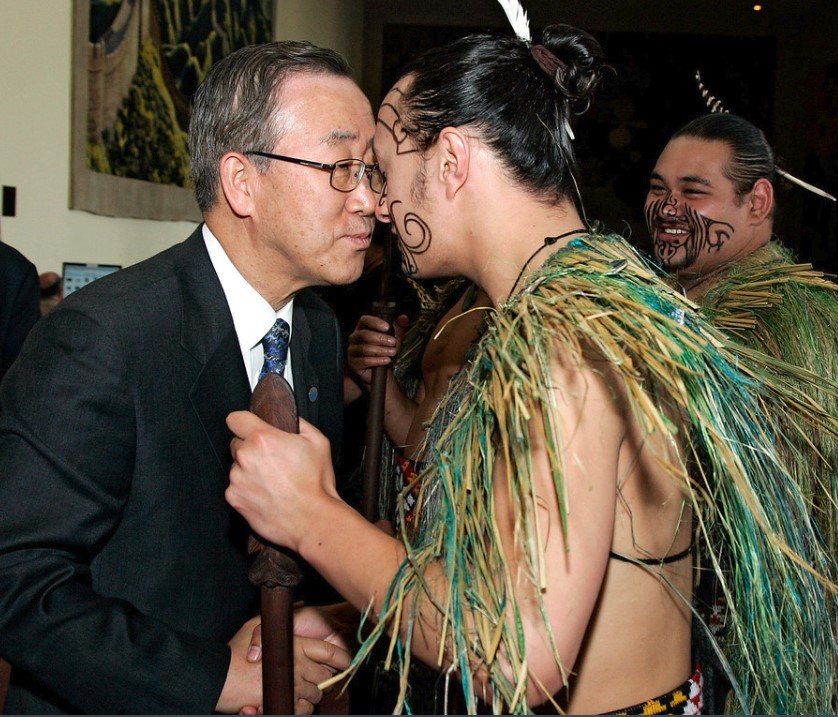 Kaumātua, or elders, are key figures in Māori society, tasked with ensuring knowledge and traditions are passed down through younger generations. Kaumātua status is usually based on age, with elders recognised for “their life experience and the knowledge they have accumulated over the years”, according to Te Ara. Filial piety, or respect for one’s elders, is also one of the core values of Confucianism, the Chinese philosophical tradition that has influenced many East Asian cultures. Meanwhile in the Philippines, there is a tradition called mano po, where a young person asks for the blessing of an elder by taking the right hand of the elder and placing it on their forehead. Filipinos do this when greeting parents, grandparents, aunts and uncles, and godparents.

One of the ways in which Māori language and culture is kept alive in New Zealand is through kapa haka, or traditional Māori performing arts, which are performed on marae, at schools, and at special events and festivals. The haka, or ceremonial dance, performed by the All Blacks is famous all over the world. Tribes from the Papua province of Indonesia also have different ceremonial dances, including a dance that was performed by warriors before heading into battle. These days, the dances are mainly performed at traditional events and cultural festivals.

The hāngī is a traditional Māori cooking method which involves preparing food in an earth oven. Food is placed on hot rocks in a pit, and covered with leaves and flax before the soil is replaced on top. Indigenous peoples in Taiwan have similar food traditions. The Amis, for example, use banana leaves to wrap food, which is buried under rocks, dirt, bamboo, and more banana leaves to cook. One of the most common foods is the sweet potato, or the kumara — which is also a very important food for Māori.

In Māori culture, manaakitanga translates to hospitality, or the importance of making guests feel welcome. Many first-time visitors to Japan are similarly struck by the country’s exceptional hospitality. This is because of a concept called omotenashi. Omote means public face, and nashi means nothing. Combined, the term loosely translates to hospitality that goes beyond face value.

Whanaungatanga refers to a sense of family connection in Māori culture, including both close and distant relatives. In a business context, whanaungatanga can provide support structures and networks not dissimilar to a whanau, or family. In China, the concept of guanxi also emphasises the importance of relationships and trust-building — the personal bond goes a lot deeper than typical business relationships in western cultures.