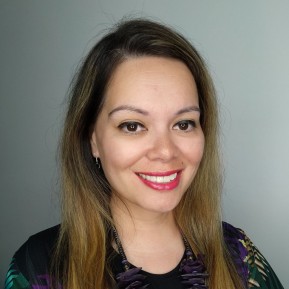 Tupe Solomon-Tanoa’i is a former diplomat with over 10 years’ experience in the Greater China region. She coordinated the team that negotiated the economic cooperation agreement with the Separate Customs Territory of Taiwan, Penghu, Kinmen and Matsu (ANZTEC) and was a driving force behind the inaugural Matariki festival in Taiwan.

Tupe is currently the chief philanthropic officer of the Michael and Suzanne Borrin Foundation, which funds legal research, education and scholarship that contributes to an Aotearoa, New Zealand that is just, inclusive, tolerant and free.

In addition to her professional role, the Samoan/Fijian Kiwi is the co-founder of Poporazzi Productions – a media company which tells Pacific stories through video content and music. In 2019 she created and produced an independent web series called Misadventures of a Pacific Professional. The award-nominated web series tackles the themes of unconscious bias, diversity and inclusion. Her chat show, Talanoa with Tupe, aims to showcase successful Pacific peoples.

In 2020, Tupe was recognised as one of the University of Auckland’s 40 under 40 and was the winner of the diversity category in the New Zealand Women of Influence Awards