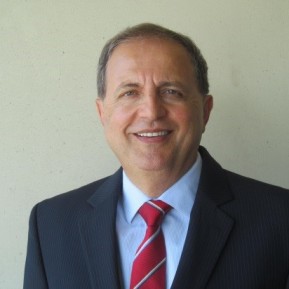 Professor Rouben Azizian was appointed Director, Centre for Defence and Security Studies in December 2015 after spending 13 years at the US Defense Department's Asia-Pacific Center for Security Studies (APCSS) in Honolulu.  His areas of expertise include research on the Asia-Pacific Regional Security Architecture, Diplomacy and Confidence Building, Security Sector Development, as well as US, Russian, Central Asian and Oceania security issues.

Before joining APCSS, Professor Azizian taught at the Department of Political Studies at the University of Auckland in 1994 – 2001.  From 1998 – 2001 he was the President of the Auckland Branch of the New Zealand Institute of International Affairs.

Prior to becoming a full-time academic he had an extensive career in the Soviet and later Russian Foreign Service, which included assignments in Nepal (1972-1978) as Attaché and Third Secretary; Sri Lanka (1980-1985) as Second and First Secretary; and New Zealand (1991-1994) as Counsellor and Deputy Chief of Mission.

Professor Azizian has published several books as well as numerous book chapters, journal articles and working papers on Asia-Pacific security issues. His major publications include the following volumes: Regionalism, Security and Cooperation in Oceania (2015),  From APEC 2011 to APEC 2012: American and Russian Perspectiveson Security and Cooperation in the Asia-Pacific (2012), Ethnic Diasporas and Great Power Strategies in Asia (2007), Russia, America and Security in the Asia-Pacific  (2007), Islam, Oil and Geopolitics:  Central Asia after September 11 (2007), Nuclear Developments in South Asia and the Future of Global Arms Control (2001), Russia in Asia:  An Unwelcome Intruder or Accommodating Player? (2000), Strategic and Economic Dynamics of Northeast Asia (1999), Ethnic Challenges Beyond Borders: The Chinese and Russian Perspectives on Central Asia (1998).

He is a member of the editorial boards of scholarly journals Asian Politics and Policy, Central Asian Studies, Asia-Pacific Journal of Marine Science and Education and Russia and Asia-Pacific.