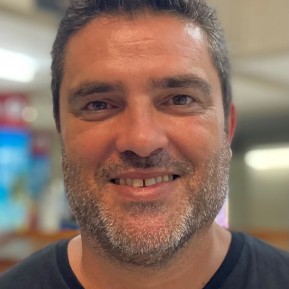 Currently based in Dili, Timor-Leste, the Portuguese-Australian journalist started his coverage of Timor-Leste in 1990, having written thousands of news stories on the country. He has worked for TV, Radio, Print and News Agency and is currently the Bureau Chief of the Portuguese News Agency – Lusa. He has worked for media in Austrália, Portugal and several other countries. In 1994/1995 he won two journalism awards in Portugal, the Gazeta Prize and the Journalists Club Award for a documentary for RTP on oppression in Indonesia. He arrived in Timor-Leste in March 1999, as the first foreign journalist permanently based in the territory, as bureau chief for Lusa, with stints as bureau chief in Geneva and Madrid. He was awarded by Timor-Leste the Medal of the Order de Timor-Leste, for his contributions “benefiting the country, the Timorese and Humanity”. He is married with two daughters and leaves with the youngest and his wife in Dili.