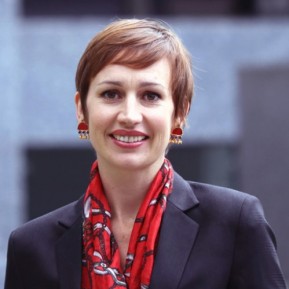 Suzannah Jessep joined the Foundation in March 2018, after serving as New Zealand’s Deputy High Commissioner to India, Sri Lanka, Bangladesh and Deputy Ambassador to Nepal and as New Zealand’s Deputy High Commissioner to Vanuatu.  During her thirteen years in the Ministry of Foreign Affairs and Trade, she also served in the Ministry’s Australia, Pacific and Europe Divisions, and in the area of Antarctic and security policy.

Prior to working in the Foreign Ministry, Suzannah worked briefly in film production and is a section winner in New Zealand’s World of Wearable Arts Awards.  She is a honours graduate in International Relations and Art History from Victoria University of Wellington and recipient of the Alan Robinson Memorial Prize awarded to the top International Relations student.

Suzannah is passionate about Asia, and in particular building New Zealand’s connections with the fast-growing and dynamic South Asia.